Tim Tebow is known for his big heart and generosity; he’s the founder of Night to Shine, a worldwide event that celebrates teens with special needs in the form of a prom. Last year, special needs students in 11 different countries got the all-star treatment with a red carpet and fairy-tale prom night. 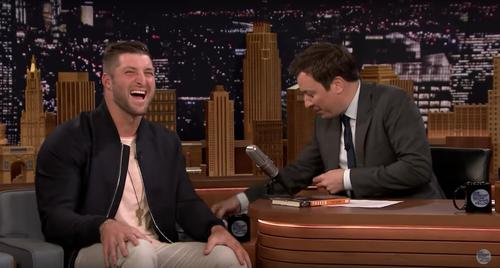 Judy Adams was one of the New York event attendees. Before her prom, she decided to ask the founder himself to be her date, but he had to decline due to work schedule. Tim Tebow may not have been able to take Judy to prom that night, but he didn’t forget about the sweet girl or her request.

On an appearance of the “Tonight Show,” Tebow decided to make it up to Judy by giving her the surprise of her life. He explained to the show host, Jimmy Fallon, that he didn’t even make it to his own prom because he was always so busy playing sports back in high school. 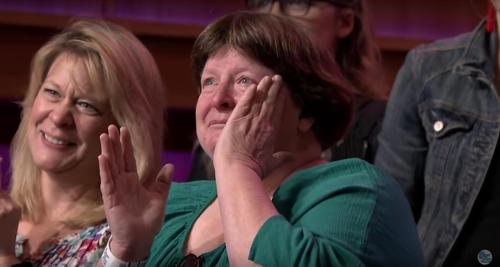 Fallon reveals a corsage, which he hands to Tebow. The two playfully banter about the floral arrangement with Tebow thanking Fallon for the gift as if it’s his own “promposal.” Instead, he turns to the audience and declares that he’d like to ask a special girl for a dance tonight. 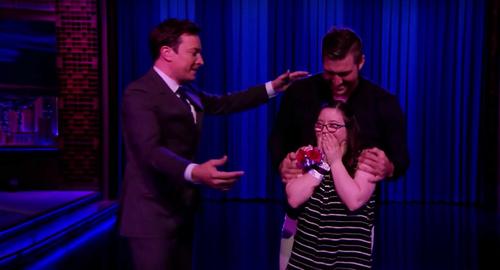 Judy Adams’s jaw drops, and she immediately rushes down to the stage. The lights dim, and she gets to share a dance with her dream prom date. Judy’s mother can be seen wiping her tears from her seat in the audience; as a special needs parent, it’s always emotional when your child achieves things they’re often excluded from.

Tim Tebow’s kindness toward Judy took something like prom to the next level and gave both her and her mother an unforgettable moment they’ll cherish for a lifetime.

What’s the best act of kindness you’ve seen lately? Let us know your most touching stories in the comments and pass this one along to your friends and family to brighten their days.

Open Next Page to continue reading…

5 Robbers Attack Girl On Street, But 88-Yr-Old Vet’s Next Move Has Them Running For The Hills
Miracle Recovery: 92-Year-Old Woman Defies Terminal Prognosis So She Could Meet Her First Great-Great-Granddaughter
To Top